Off the Kuff
Knowledge Is Good in the Reality-Based Community
Contact me: kuff - at - offthekuff.com
Gentrification watch: Houston Avenue

I occasionally drive down Houston Avenue on my way to or from downtown. Like some other historic thoroughfares in Houston, it is in need of some revitalization. Recently, I've started noticing some indicators that this is beginning to happen. 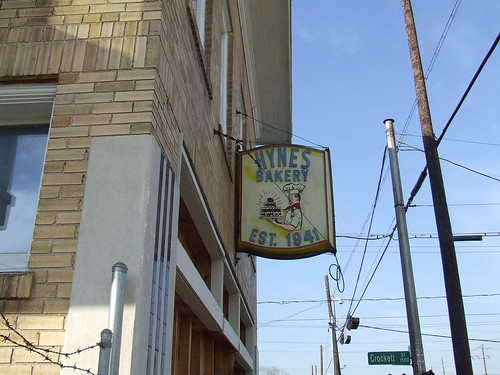 That's the Hynes Bakery at the corner of Houston and Crockett. I've always liked their hanging sign. It looks like the building that it hangs on may be getting a facelift: 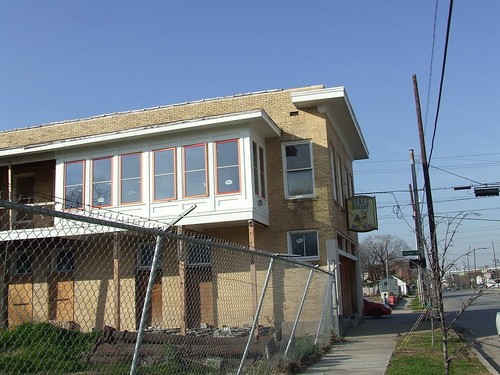 That white area with the windows looks new to me. I'm not sure what else is happening there, but I hope this is a positive omen. Click on for more. 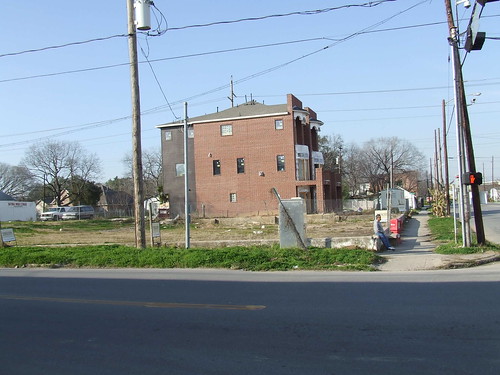 That empty lot is across Crockett from the Hynes Bakery site. Note the For Sale signs, and the new construction in the background. Something is happening here. 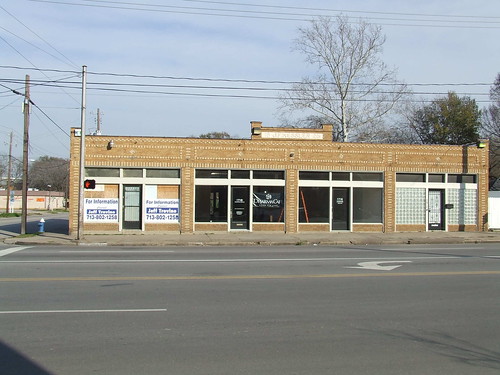 This is across Houston Ave from the Hynes. I can't tell if the Dharma Cafe is a going concern or not, but either way it looks like it'll be getting some neighbors soon. 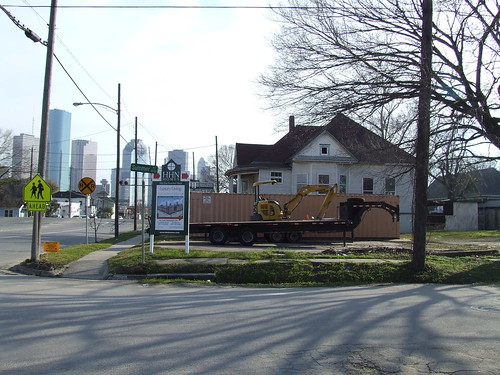 Down the road a bit at Summer Street. If you were to turn right here and follow Summer to the east, you'd wind up at the David Adickes studio. Note also the railroad crossing in the background. That's an active track. I don't know why anyone would want to buy a luxury townhouse near where freight trains go at all hours, but someone thinks they will. 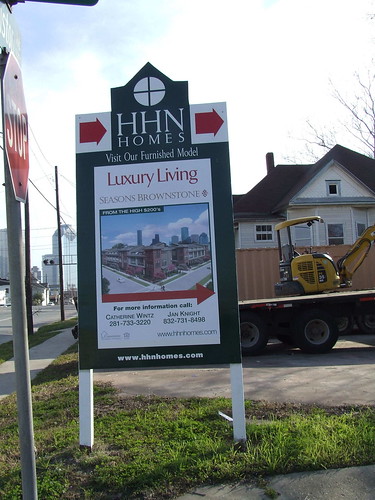 In case you're one of those people who wants one of those luxury near-downtown-and-the-freight-trains townhomes. 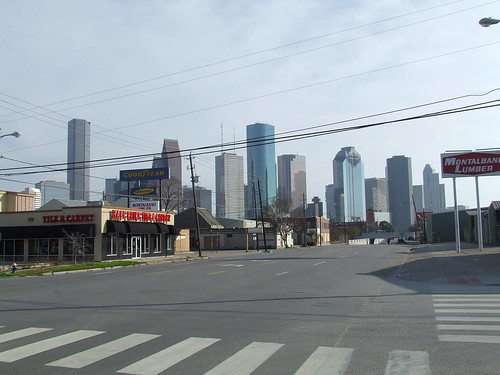 This would be the reason that HHN and similar outfits think they can sell those townhomes. Who wouldn't want that as a backdrop? Posted by Charles Kuffner on February 07, 2007 to Elsewhere in Houston | TrackBack

Great picture and sign - thanks for catching it and pointing it out. It's a good reminder to stop and look and appreciate.

As a proud resident of Houston Avenue since 2002 (north of I-10 near Woodland Park), I too have seen the changes. Dharma Cafe isn't open yet, but is moving into a space that had recently been occupied by a pretty good antique shop. The work on the Hynes Bakery building is several years old (work stopped at some point) but hopefully will be completed. A couple of old houses near the railroad tracks have been renovated in the last couple of years but remain vacant. The tile and carpet store near Montalbano Tire is brand new; with new residential construction and the complete renovation of the fire station into mixed use, revitalization of the area appears to be on the march. I have also noticed a number of historic homes in First Ward on both sides of Houston Ave. have also been renovated, and are selling at a premium.

With talk of widening I-45 North dying down some (as well as all kinds of discussion around making Houston Ave. a big thoroughfare into downtown), it seems that homeowners like us are breathing a little easier. Now if only the appropriate authority would close the North Street Bridge....

Dharma Cafe is currently located at 1302 Nance Street, very close to where San Jacinto intersects I-10. I don't know if they are relocating or expanding.

the white area with windows on the bakery is over 5 years old, the renovation was abandoned long ago hopefully the won't tear it down