Off the Kuff
Knowledge Is Good in the Reality-Based Community
Contact me: kuff - at - offthekuff.com
"Taking Obama to the Heights"

Spotted in my neighborhood the other day, on White Oak at Harvard: 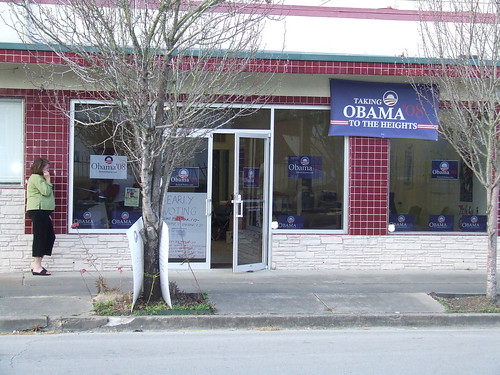 I dropped in for a short chat after I took the picture. They're in donated space and will be out shortly after Tuesday, but everyone inside was confident there would be stuff like this again in the fall. I hope they're right.
Posted by Charles Kuffner on March 02, 2008 to The making of the President