Off the Kuff
Knowledge Is Good in the Reality-Based Community
Contact me: kuff - at - offthekuff.com
Robinson Warehouse - The hole is bigger than I thought

Been a little while since my last check on the Robison Warehouse site. There are a few things that are different, but the first thing to notice is that unlike some other recent demolitions, this site seems to have transitioned right away into a construction zone: 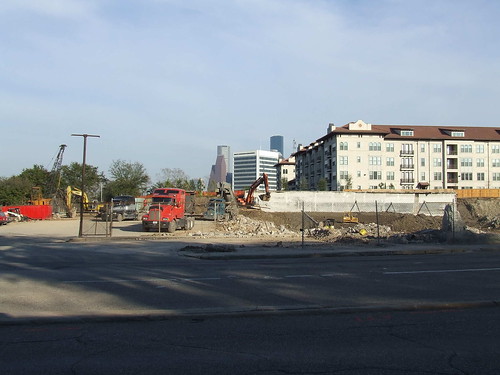 At the very least, they've cleared out all the debris, and they're moving out a bunch more dirt. I presume it's to redo the foundation, but as you'll see, the new structure appears to have a bigger footprint than the old one. Click on for more. 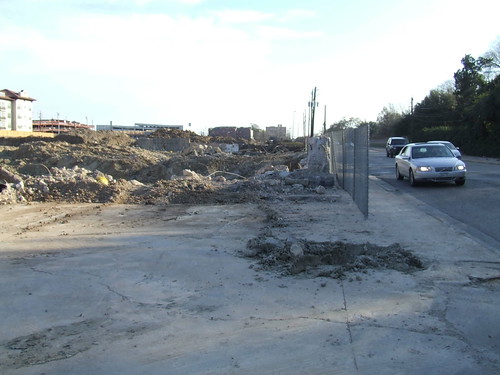 One difference from the last time we looked was the extension of the hole westward towards Montrose. What you see here just behind the new cyclone fence was once concrete - I took a lot of my closeup pictures from there - and it was higher than the sidewalk. Will the new building encroach on the street like the warehouse did, or will they repour the concrete in such a way as to provide a wider front walk? We'll have to wait and see. 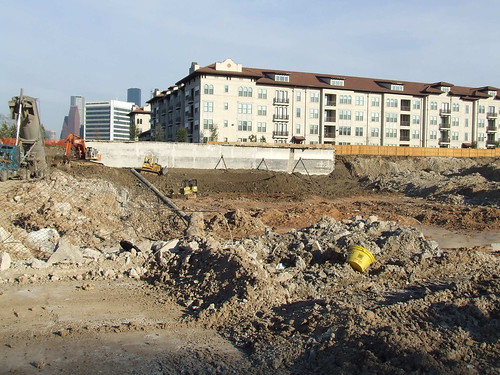 This was taken just inside that cyclone fence. I didn't want to move too far inside it, since I still think that sooner or later someone is going to spot me and chase me off. 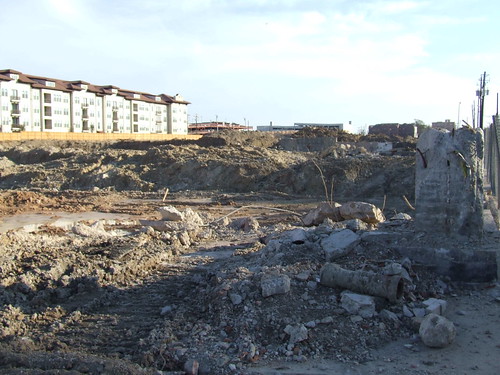 This is from the same spot, but facing northward instead of east. Note the concrete wall on the far end. I think that might have been part of a north end loading zone, but I'm not sure. In any event, it looks to me like the hole has been extended that way, which is why I think the new structure will be bigger. Compare to this picture and you can see what I mean.

I'll keep an eye on this. I suppose at some point I should stop calling it the Robinson Warehouse site, but until the new building is actually being built, that's how I think of it.

Posted by Charles Kuffner on February 05, 2007 to Elsewhere in Houston | TrackBack