Off the Kuff
Knowledge Is Good in the Reality-Based Community
Contact me: kuff - at - offthekuff.com
Chron endorses Melissa Noriega


The Chronicle endorses Melissa Noriega, a candidate with a diverse range of useful experience and a demonstrated commitment to learning, and solving, Houstonians' needs.

Noriega, who grew up in Austin and Houston, has a master's degree from the University of Houston College of Education. She worked for 27 years in HISD, in roles including administration, research and initiatives to increase community involvement.

Two years ago, Noriega shot into the Texas spotlight. Her husband, state Rep. Rick Noriega, is a lieutenant colonel in the Texas Army National Guard and in June 2004 was deployed to Afghanistan. Melissa Noriega stepped down from her job to take his place in the Legislature. She served with aplomb, sitting on the Defense Affairs and State and Federal Relations Committee, as well as the Corrections Committee. Her colleagues awarded her the Joe E. Moreno Public Service Award.

Noriega has developed a detailed agenda for Houston, including swift replacement of retiring police officers, flood abatement and better equipment for Houston's first-responders. She would fight to preserve dwindling green space as a way to improve the city's competitiveness. And she supports drug courts, affordable housing and better schools as cost-efficient ways to prevent crime.

Noriega is especially attuned to the needs of Houston's poor and fragile. While Rep. Noriega was out of the city, she monitored developments in his district, at one point visiting a complex where a house fire had killed three children.

She found a physically and emotionally devastated community that had gone without electricity for two weeks. Noriega spearheaded the effort to restore power and other services.

I can't say this was unexpected, but it's still good to see. Early voting begins tomorrow, and runs through May 8. Election Day itself is May 12, which is also the date of the Art Car Parade, so don't dawdle.

Tiffany and I hosted a house party for Melissa yesterday. Click on to see a couple of pictures from the event: 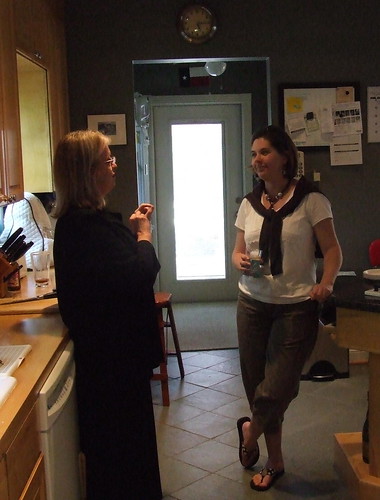 Melissa speaks to our neighbor Leslie. 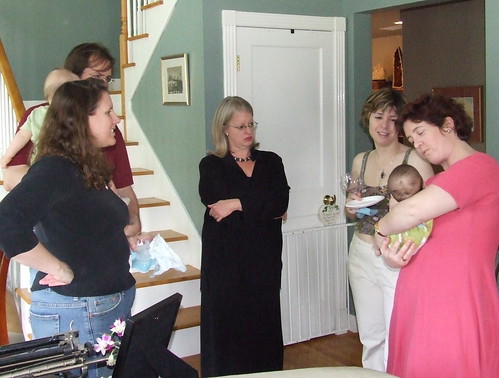 Everyone takes a minute to ooh and aah over Audrey. 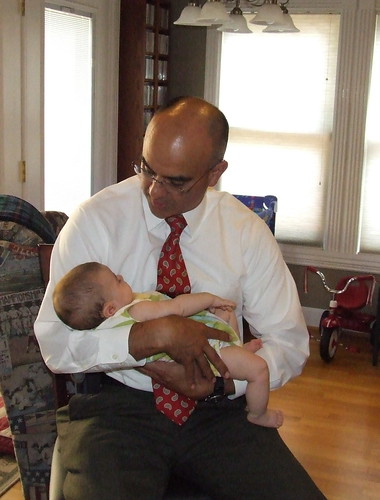