Off the Kuff
Knowledge Is Good in the Reality-Based Community
Contact me: kuff - at - offthekuff.com
Land shark!

On Studemont, just north of Arnie's and south of I-10 is an old warehouse. A little more than a week ago, demolition equipment arrived on the property and started work tearing it down. Shortly thereafter, this guy appeared: 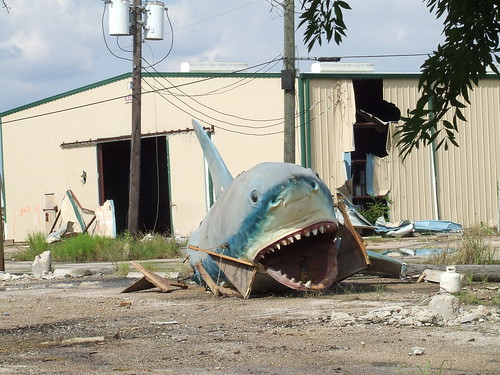 I presume that he came from inside the warehouse, but what his original purpose was, and for what future purpose he might have been stored, I couldn't say. Here's a better view of the warehouse: 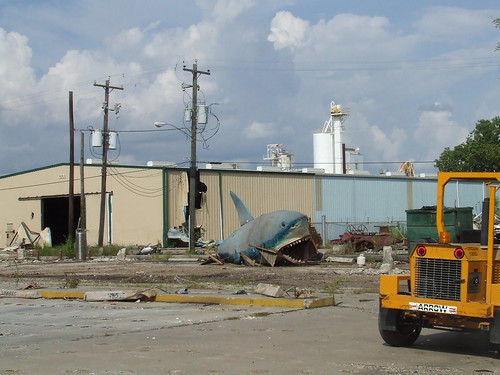 And here's a better view of the shark, taken a couple of days later after he'd apparently been moved: 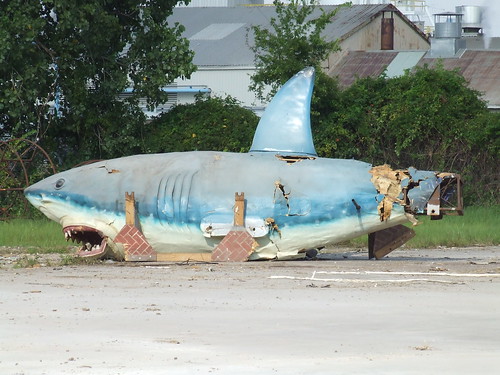 By this point, the warehouse was gone: 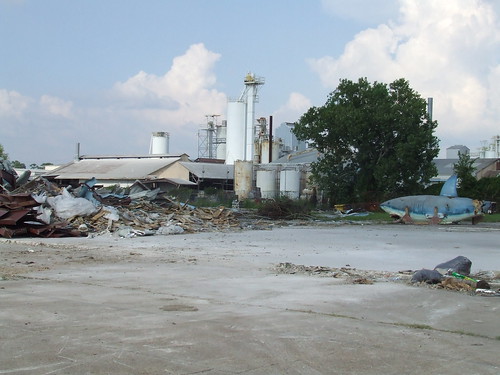 Those last two photos were taken on Tuesday. I drove by yesterday, and both the debris and the land shark were gone. I hope he's in a better place now.
Posted by Charles Kuffner on September 16, 2007 to Elsewhere in Houston

Hey! That looks like Tilman's shark from the Aquarium.

I know that HMNS has a warehouse over South of Allen Parkway, and they have such a shark. Maybe they lost it? Moved their warehouse (before tearing it down)?