Off the Kuff
Knowledge Is Good in the Reality-Based Community
Contact me: kuff - at - offthekuff.com
Good-bye, Allen House 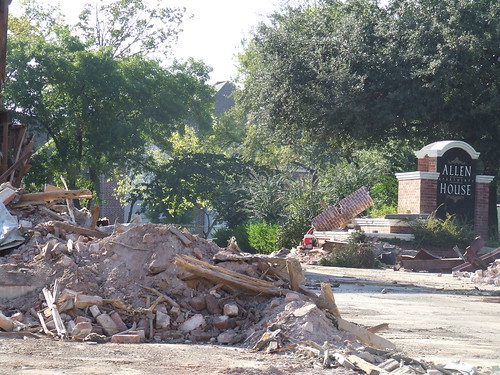 I took that picture on Tuesday afternoon (an earlier version, before the wreckers made it to the Allen Parkway side of things, is here). When I drove past Allen House yesterday, it and everything else in the block bounded by Dallas, Tirrell, Allen Parkway, and Dunlavy, was gone. Pretty quick demolition for something that size, if you ask me. I'd guess the portion of Allen House opposite this on Dallas will be next to go, and soon, to judge from the condition it's now in. The remainder, east of Dunlavy, looks like it will still be around for a while.

One more picture, the companion to this one: 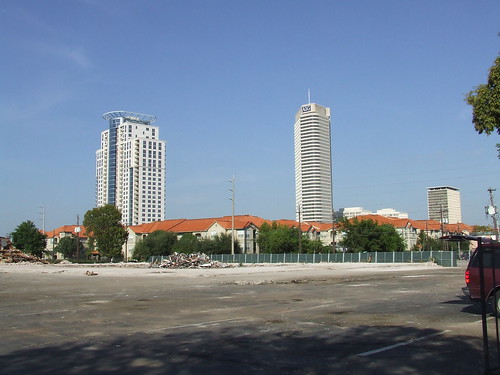 It certainly was a lovely day for a tear-down, wasn't it? And as you can see, they were as quick about the cleanup as they were with the wrecking. We'll see if they're as speedy with the construction of its replacement.
Posted by Charles Kuffner on October 05, 2007 to Elsewhere in Houston