Off the Kuff
Knowledge Is Good in the Reality-Based Community
Contact me: kuff - at - offthekuff.com
New Hot Bagel Shop coming

Those of you who regularly stop for a bagel at the Hot Bagel Shop on Shepherd might have noticed that some of the other tenants in that little strip center where it resides have been moving out. There's a reason for that - the place is going to be demolished and rebuilt. But don't worry, the Hot Bagel Shop isn't going away. It's just moving down the street a bit: 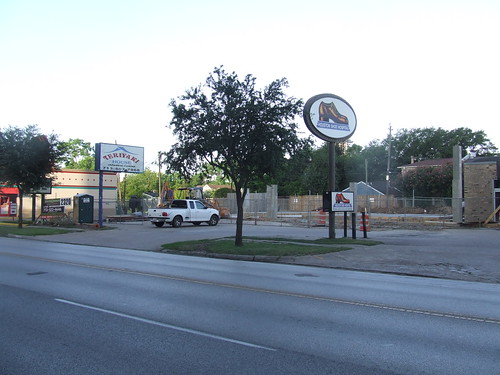 That picture was taken a little more than week ago and it's already out of date. Here's a new view from a couple of days later: 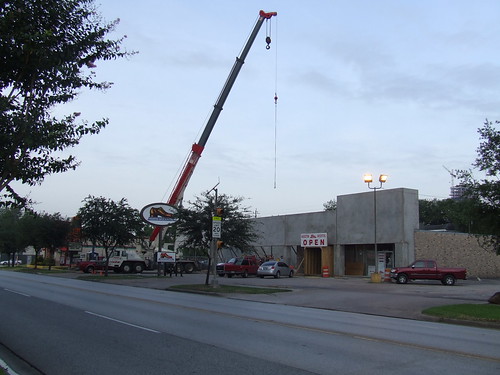 I hadn't realized it was going to encompass the Shoe Hospital until I saw that. The location, in case you can't tell, is just south of Fairview, on the west side of the street, next to the Arby's. That's a wee bit north of the current location, and much more convenient for me, as it means I no longer have to make left turns during rush hour traffic for my morning bagel fix as I drive to work. My understanding, from talking to the proprietors, is that they'll be moving in September or so. I just hope no one crashes any cars into the new building.
Posted by Charles Kuffner on July 09, 2008 to Elsewhere in Houston

I believe you have north and south reversed.